The most important day I remember in all my life is the one on which my teacher, Anne Mansfield Sullivan, came to me. I am filled with wonder when I consider the immeasurable contrast between the two lives which it connects.

I thought I would revisit a past post remembering Patty Duke and Helen Keller. Both women overcame  disabilities. Both had the courage to speak out on difficult and controversial issues.

As a young girl glued to the TV, like many, the movie The Miracle Worker had a profound effect on me. I wanted nothing more afterwards than to be a teacher just like Anne Sullivan.

I lived in Michigan, and the Michigan School for the Blind, which closed in 1995, was where I wanted to teach. I got to visit the school as a college student. I changed my major to a different area of special education, but I never will forget that movie and the effect it had on me.

I always admired Patty Duke greatly for that performance and later because she had the courage to speak out about bipolar disease and mental health. Anne Bancroft was also a great actress who played Anne Sullivan well.

When I think about Helen Keller’s life, which was anything but dull, and the movie The Miracle Worker, what strikes me most was Anne Sullivan never giving up, but continually trying to connect with Helen.

Teachers do that every day with their students—maybe not with such extreme behavioral reactions on the part of both student and teacher, but in a significant way nonetheless.

Patty Duke had a difficult life as a child and teenager even though many admired her as an actress and even though she won an academy award for playing Helen. But later when she learned in part why she had such a hard time—diagnosed as bipolar—she was relieved it had a name.

I knew parents like this when I was teaching who were relieved to learn their student had a learning disability because once they found out, it made sense and they knew what they could work on. They didn’t let the label paralyze them or their child.

Patty Duke could have kept her condition to herself, but instead she spoke out about it in such a way that it made others who shared the same problem feel more comfortable. Duke didn’t shy away from the label—she embraced it! She advocated for the mentally ill. She worked with mental health organizations to break the stigma of mental illness.

I’d say that is being self-actualized—or comfortable in your own skin.

Helen Keller also led the way for children and adults who, like her, experienced both being deaf and blind to believe in themselves. If this was all Keller did it would have been plenty, but Helen Keller, some are surprised to learn, was an activist.

Keller belonged to the Socialist Party of America and the Industrial Workers of the World. She campaigned for women’s suffrage, labor rights and socialism. She was a humanitarian and co-founder of the ACLU! She wrote many books!

You might not agree with her, but you must admire her for speaking out and accomplishing so much despite having such serious disabilities.

Both Patty Duke and Helen Keller give everyone hope as to what they can do in this world if they are determined and willing to rise above tough or disappointing circumstances! Both embraced their differences. They used what they had to make the best out of their lives. Both helped others find acceptance of difficult situations.

Our public schools should reflect their message. They should be about elevating differences and not making everyone into the same mold.

A few years ago I visited Tuscumbia, Alabama and got to tour Helen Keller’s homestead. There was something quite peaceful about it, and I imagined Helen Keller’s outbursts while her brave teacher was trying to find the key to communicate.  I could see Patty Duke and Anne Bancroft at the water pump.

The world is a better place because of Helen Keller and the great Patty Duke. 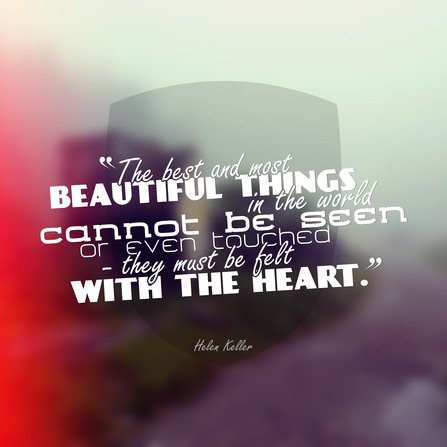 The MANY explanations why children might display READING difficulties. https://nancyebailey.com/2019/03/20/reasons-children-have-reading-problems-that-corporate-reformers-dont-talk-about/

“The provision of a rich supply of high-interest story books is a much more feasible policy for improving English learning than any pious pronouncements about the urgent need to raise teacher quality …” Warwick Elley, 1982

5/22/23 REshare of a wonderfully informative 5/22/23 piece by Nancy Bailey: The Science of Reading Corporate Connection: Replacing Teachers with Tech

"Many students will miss out on the multifaceted literary environment that they deserve." @NancyEBailey1

When your Governor wants public schools to fail.
Youngkin thinks he has hit on a winning campaign message, which he is taking all over the US rather than doing the work in the Commonwealth:
https://www.washingtonpost.com/.../youngkin-school-ratings/
Those who support public education need to know what he is up to.

Disrespected teachers? What does that mean? #Teachers https://nancyebailey.com/2022/09/25/14-more-ways-teachers-are-disrespected/