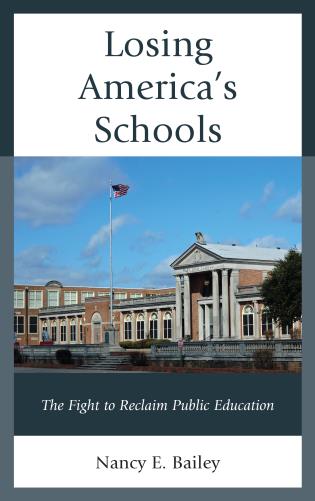 Susan Linn’s “Who’s Raising the Kids?” is a horrifying indictment of tech’s marketing practices. The risk? That we “surrender the responsibility of collective parenting and human development to a bunch of algorithmically rich, morally deprived tech bros.” https://nyti.ms/3eWFkce

Policies encouraging unionization do more than just give workers a voice—they can also combat income inequality.

The steady decline in union membership since 1979 came with growing income inequality.
https://www.epi.org/publication/unions-help-reduce-disparities-and-strengthen-our-democracy/

@SecCardona remember that @POTUS promised to get rid of standardized testing when he was running for President. I was there and heard it firsthand. It has NEVER measured anything except socioeconomics and is absolutely biased. https://twitter.com/NancyEBailey1/status/1576234287929516033

Does @SecCardona understand that standardized tests have been used punitively for years to privatize public schools? His recent letter raises questions. @UnitedOptOut https://nancyebailey.com/2022/10/01/dear-dr-cardona-punitive-student-assessment-is-meant-to-privatize-public-schools/

The Commonsense Guide to Your Classroom Library: Building a Collection That Inspires, Engages, and Challenges Readers

Does @SecCardona understand that standardized tests have been used punitively for years to privatize public schools? His recent letter raises questions. @UnitedOptOut https://nancyebailey.com/2022/10/01/dear-dr-cardona-punitive-student-assessment-is-meant-to-privatize-public-schools/