Flopsy, Mopsy, and Cotton-tail, who were good little bunnies, went down the lane to gather blackberries;

But Peter, who was very naughty, ran straight away to Mr. McGregor’s garden, and squeezed under the gate!

And then, feeling rather sick, he went to look for some parsley.

But round the end of a cucumber frame, whom should he meet but Mr. McGregor!

Mr. McGregor was on his hands and knees planting out young cabbages, but he jumped up and ran after Peter, waving a rake and calling out, “Stop thief.”

She may be portrayed as a not so bright bunny, but Education Secretary Betsy DeVos is a cabinet official with a plan. Don’t think for a minute that she is working alone. She has corporate school reformers backing her. Like Peter Rabbit they’re eating up the public school garden.

The other day she appeared before Congress. The New York Times reported that she has been hiding plans to overhaul the United States Department of Education (USDOE). Not only does she want to destroy public schools, eliminating teacher protections, and deregulating education programs, she wants to abolish federal oversight.

I have conservative friends who would be happy for this to happen. They believe the closer they get to operating their own schools the better it will be.

They have a point. Public schools are supposed to be democratic, and involvement by citizens at the local level through legitimate school boards, not corrupted by outside corporations, is important.

Some also like the idea of choice and want funding to send their children to private or religious schools. But most of us don’t want to pay for choice, because we still believe in strong public schools that serve everybody’s kids.

The truth is, America has been on negative trajectory when it comes to public education for many years, since Milton Friedman designed his choice plan wanting to privatize everything in America. The USDOE has reflected those negative changes. But it doesn’t have to be that way.

If you want to blame someone for all the problems we have with our public schools today, blame Friedman.

Marketing public schools was his passion, and we can see these forces at play in public schools today. From charter schools, Common Core, AP and a variety of nonprofits that come to school masquerading as teachers, choice was the endgame.

This can be likened to no regulations, and that’s exactly what DeVos and her ilk want. Eventually, there won’t be any public schools.

Many have come to realize that choice means children will be homeschooled facing computer screens, or they will attend charter schools with computers and “coaches” or “facilitators” instead of teachers.

Destroying regulations is a serious step backwards towards making this a reality.

Sometimes it’s easier to demonstrate how serious deregulation can be if we look outside of education. Deregulating is currently a threat to many professions and institutions.

A recent Stanford Graduate Business School report asks “Should We Stop Licensing Doctors and Lawyers?” Do you want a surgeon who has no license? I don’t know about you, but when I visit a doctor’s office for the first time, I look for authentic university degrees, and I also check online to see that they are licensed.

The USDOE is supposed to provide education oversight. Special education law means children with disabilities get services. The corrupted USDOE has been chipping away at the Individuals with Disabilities Education Act even before DeVos.

Parents who sign on to vouchers to private schools, are not informed about the IDEA protections they are losing. The more IDEA regulations are trimmed, the less the oversight, and the fewer the services.

DeVos will cut $1 million from the Office of Civil Rights. There will be cuts to safety and after school programs too. She plans to make cuts from these programs, while adding funding to choice.

How hard has this country fought to give every child, no matter their color, differences, or economic level, the right to a free public education?

Do you think your state and local school district will follow regulations involving your children and services without USDOE oversight?

Ask Texas parents whose children were not served due to the elimination of special education services. The USDOE should be keeping them in check.

Also, Common Core may have been sanctioned by the USDOE, but the states were fully onboard from the start!

DeVos is an extremist controlled by her extremist corporate friends. Destroying the USDOE instead of fixing it, will mean the destruction of rules that provide programs and keep our children safe.

Not all bunnies are naughty, but for the ones who are, fortunately this country has a lot of Farmer McGregors who want to drive the thieves out of our garden.

Let’s send all those destructive bunnies into the sunset! 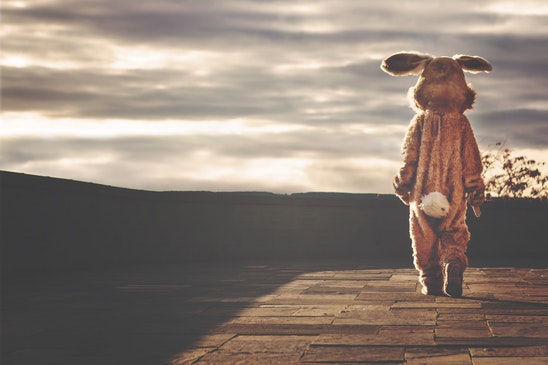 @clay_mcch @NancyEBailey1 This is an excellent argument for raising teachers' pay, not any sort of argument against a $15 min wage. And raising the min wage DOES raise wages for workers near the minimum. We just don't usually think about the fact that teachers fit that definition.

So Biden’s $15 minimum wage comes out to $31,200 a year for a 40 hour work week. The starting salary for a beginning teacher in Texas is $33,660. So a person working a minimum wage job will be making almost the same as a teacher with a college degree. Does this make any sense? 🤷‍♂️

.@ChiPubSchools can you tell us how many specIal educators were forced to resign this week due to your policy of not accommodating remote instruction? Break it down by SpEd teachers, SECAs and clinicians

The authors consider the ways in which educational responses to COVID19 exemplify opportunistic disaster
capitalism.
Disaster Capitalism, Rampant EdTech
Opportunism, and the Advancement of
Online Learning in the Era of COVID19
https://ices.library.ubc.ca/index.php/criticaled/issue/current