Public schooling is one of the most important issues of our time. Without great public schools, how will America’s children grow up to find their strengths, seek the paths that bring them joy, and create a better world for themselves and future generations?

Our world faces many problems, and it will take engaged students, who grow into well-adjusted adults, to solve those difficulties.

For years, establishment politics has ruled on both Democratic and Republican sides with devastating consequences to children, families, and their teachers in public schools. Every President since Ronald Reagan has followed a business agenda harmful to public education, favoring school privatization and profit-making on the backs of children.

It has been especially hurtful to children of color and the poor.

Political races have given short shrift to public schools in the past, but this election is different. More discussions and education planning by the candidates has been included in this campaign primary, probably due to the activism of educators and parents in some of the unlikeliest places, like Arizona, who want great public schools.

We now have two Democratic nominees. Which candidate will be better for education? Who will rally behind teachers and parents and get out the votes for Congressional candidates who support teachers and public schools?

Which individual will be able to better push back against President Trump’s initiative to destroy public education?

After much study and thought, I believe Bernie Sanders is now the best candidate to defeat Donald Trump. It is Bernie Sanders who will work to lift democratic public schools out of the dust.

President Obama, V.P. Joe Biden, and Race to the Top

Vice President Joe Biden likes to praise his former boss, President Obama. Like many, I once believed an Obama Presidency would bring positive and dramatic change to public schools, which struggled for years under harsh NCLB school reform initiatives.

I remember the disappointment when those changes did not occur, when President Obama chose his basketball buddy, Arne Duncan, to run the Department of Education, a man who lacked education credentials, who oversaw massive school closures in favor of charter schools in Chicago, and who followed the public school corporate reform agenda to a T. 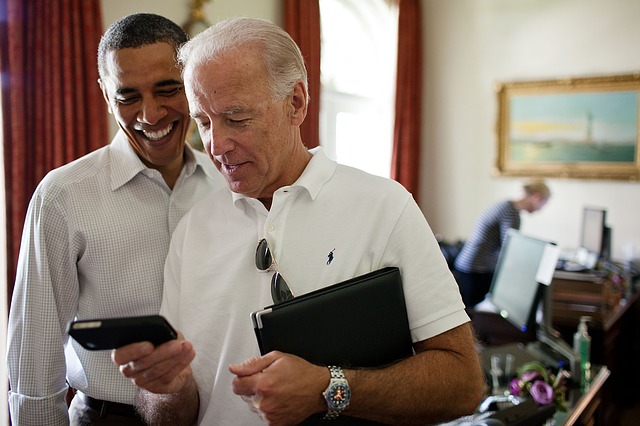 President Obama’s Race to the Top closed schools with low test scores, evaluated teachers based on student test scores, fired principals and staff, and called for states to lift the cap on charter schools. None of this improved public education.

The Obama administration supported the state-led Common Core State Standards, helping foist unproven standards into classrooms. They got behind the National Governors Association (NGA) and the Council of Chief State School Officers (CCSSO) despite protest by parents and educators. Those standards still exist. They’re found everywhere, including in many online programs like iReady, Amplify, and more. Common Core failed and there’s no proof that online instruction is succeeding.

(Sheila Resseger’s comment below: “The states were essentially bribed by Obama/Duncan via Race to the Top to accept the CC$$ when they were financially strapped due to the 2008 financial debacle. The states rushed to adopt these misbegotten “standards” before they were even completed. The money behind them was primarily Gates’ money, and the “thinkers” behind them were essentially standardized test makers.”)

Some believe it’s unfair to associate Joe Biden’s education plans to Obama, that he has evolved to better understand the issues. But Biden repeatedly references Obama. Do educators and parents really want to risk it?

In all the eight years Biden worked with President Obama, why didn’t V.P. Biden challenge Obama on his decisions surrounding education? Joe Biden is married to educator Dr. Jill Biden. Did they ever voice concerns about the harmful policies involving Race to the Top, policies that were repeatedly questioned by educators and parents around the country?

Sen. Bernie Sanders’s Thurgood Marshall Education Plan and V.P. Joe Biden’s education plan are both welcome after years of presidential elections that have skimped on education. There are good things about both plans.

It’s especially important to consider the effects a Medicare for All program would have on providing all children with the health care they need so they will be comfortable learning.

Should we not fear history repeating itself with Joe Biden? If Biden becomes the Democratic nominee I will vote for him, but between Biden and Sanders, Bernie Sanders appears to be the most likely candidate to help America’s students finally jump off the Ferris Wheel of corporate school reforms that have been harmful to students for so many years.

It is a change that is most welcome.

Do you like pumpkins 🎃? Yes I do…yes I do…
We bring the pumpkin patch to @buckshillprek for our #prekpandas!

Owl! at the Library 😴🧙‍♀️@SketchesbyBoze·
18 Oct

Experts explain why hold backs under Alabama’s 3rd grade reading retention law aren’t wise but ‘my’ state bd of education member says, “I don’t want people to relax. That’s what worries me. … And then we aren’t aggressive enough in our classrooms.” 😩 https://www.al.com/educationlab/2021/10/experts-recommend-delay-to-alabama-law-that-3rd-graders-read-or-be-held-back.html