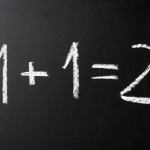 Last night during the democratic debate, like always, there was no mention of K-12 education, so why did Sen. Bernie Sanders win the debate as the education candidate? It’s simple. Sen. Sanders’ argument against the power and influence of big corporations has huge implications in regard to public schools. It would be nice if he […]

My concerns about the ”Science of Reading” the reporting, and the politics behind it. A thread. /1

Bookmaking as a class allows us to practice sight words, phonics skills, and concepts of print. When we finish a book, we print it out and add copies to our class library to read during reading time! #kindergarten

I mean it’s manipulative and bullying but also have you even met teachers?

@NancyEBailey1 @OnPointRadio FYI is currently airing what amounts to unpaid advertising for SOR… so disappointing (but sadly not surprising; npr has always dropped the ball when it comes to ed coverage)