With more than $75 million coming in from government at last count and another $220 million from the philanthropic community, we should be seeing more evidence of long-term student gains and far more alumni continuing their impassioned work in the classroom.

Do Americans understand that by contributing to a turnaround group of young novices to be teachers, they are destroying the American teaching profession? Do they know that sooner or later there will be no more real, qualified teachers to instruct their students?

Are they not aware that fast-track trained beginners, who focus on data, digital instruction, and classroom control, and who are never intent on becoming teachers until they recruited, are not the best individuals to lead a classroom?

Are they confused and think they are doing something nice, or are they hell-bent on destroying public education?

How Does One Boycott so Many?

Blogger and author Mercedes Schneider recently posted how the clothing company J. Crew was raising charitable donations for Teach for America. Does J. Crew think they are supporting real teachers?

Upset teachers and parents who understand the background of TFA, and their overall unscrupulous intentions, have threatened to boycott J. Crew. But the list of TFA donors and respected backers is huge.

One would have to also drop State Farm Insurance, quit shopping at Target, and stop watching football (The National Football League loves TFA).

We would have to end our interactions with financial institutions and quit taking medicine. Most pharmaceutical companies give millions to TFA.

There’s a myriad of stores, companies, and corporations who are all financially supporting Teach for America! Many individuals support them too.

HERE is the long, LONG list (scroll down) of Teach for America Donors!

The Research to Support TFA Isn’t There

If these groups and individuals examined the research they would find they are wasting their money. Teach for America has never shown they are better than real teachers.

According to a 2015 article by the Nonprofit Quarterly (NPQ), which lists a number of sources, TFA has never been accountable to the students they are supposed to help.

According to its most recent tax return, TFA has total assets of close to half a billion dollars and revenues of more than $330 million, of which about 90 percent comes from government grants and contributions from corporations, foundations and individuals. An organization of this size and stature has an obligation to its constituents to demonstrate its success, and TFA has accumulated years of research findings about its programming, expansion and scale-up efforts.

Yet, they found no substantiation for the groups time in the classroom.

Why do Universities Support Teach for America?

Why are so many  universities on the list of TFA donors? Could it be because TFA creates jobs that other academic areas don’t?

With so many students heavy in debt due to student loans, they need to fall back on something when jobs in their career choice don’t materialize. For many universities, TFA is their largest employer!

That must take the heat off colleges when graduates  with law degrees can’t find work. Or when all those scientists find there are really fewer engineering jobs than they were led to believe.

Still, you would think the education departments would want legitimate career teachers. Why wouldn’t they stand for what is ethically best for America’s students?

Many State Departments of Education Support TFA Too. Why?

Many argue that the so-called teacher shortage means states and local school boards must resort to hiring TFA. But I see no effort to recruit career teachers in this country. Many are being driven out of their classrooms by draconian reforms.

Add that to the fact that for years, groups like Teach for America, and their sister The New Teacher Project, have unfairly condemned the teaching profession. They have unjustly branded all veteran teachers as failed. They have sold the idea that they are the real teachers—that less is more.

These groups have done irreparable harm.

Those who understand the lunacy of such claims have compared the idea of Doctors for America. How many of us would entertain such an option? 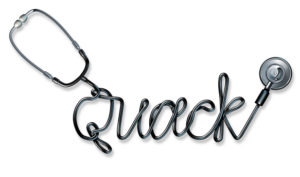 School districts have signed up with these pro-privatization organizations to cut the costs of paying teachers fair wages. TFA is cheap.

By making conditions miserable for real teachers who understand the serious academic and social needs of students, they leave and are replaced with TFA novices who eagerly do as they are told.

Yet, how do real teachers who commit to teaching as a professional career, who love the act of teaching their subject/s and students, compete with those who take on teaching like it is a temporary Peace Corp adventure?

How do they overcome the humiliation when such a group gets big buck donations from companies, foundations, and individual Americans?

It is equally outrageous that many from TFA, go on, after 2-3 years of pretend teaching, to become educational administrators.

There are committed young people who start with TFA and go on to work to become real teachers. But they are rare.

Teach for America would be better as Teacher Aides for America. Those interested in teaching could spend time working under the supervision of real teachers. They could then return to college to earn a legitimate education degree before being permitted to teach.

Think what it would be like for America’s public school students, if all of the TFA donors got behind real career teachers. What a wonderful world it would be!

Instead, replacing real educators with posers will eventually lead to an unprepared world–a dim future indeed–for everyone.

If you want to learn more about Teach for America and other teacher replacement groups, check out my new book.