How do democratic public schools address the socialization of students? How are children brought together to make a kinder world? Does anyone even ask that question today?

This past weekend I read “My Pedagogic Creed” by John Dewey (a little light reading on a Sunday afternoon), and I was struck by how far our public schools have strayed from addressing the social needs of children and their families.

Even if you are no Dewey fan, his ideas about schools growing out of community, with special consideration of the child’s home life, are compelling. Dewey believed schools should be about this social connection.

He saw schools as “social institutions.”

Think how far we have strayed from this concept today. The total focus is on the student’s future. Yet, what we need most is to teach students, not only how to get along, but, and excuse me if it sounds mushy, how to be friends.

School districts eliminated recess for years. Around 2002, I watched a new elementary school being built near my home in Florida. They didn’t include a playground!

Recess serves as the primary way children socialize within the school environment. Not only is it anti-social to get rid of recess in elementary school, students in both middle and high school should be allowed times when they can mingle freely.

If you ever visit a school at lunchtime it will give you a headache! Children are corralled into the cafeteria with little time to eat their lunches.

Probably, in part, because they have had little or no recess, and because many schools are overcrowded, children are especially loud when eating lunch. Lunches are usually patrolled by cafeteria helpers to keep students in line.

To manage the lunchtime fiasco, some schools enforce silent lunches. But not being able to talk to those eating around you is as anti-social as it gets!

In the movie Where to Invade Next, Michael Moore visits a school cafeteria in France. The children are treated with respect, and they are fed delicious and healthy meals.

If you watch how children eat lunch in France, you will be ashamed at how U.S. students are treated in their schools at lunchtime.

High schools have become highly competitive with the push for everyone to attend college. Assisting students from lower socioeconomic homes get to college is important. But since the privatized College Board and Advanced Placement classes became a part of the testing culture in high schools, students have been pushed to become more competitive. High school class rankings create an elitist system. Many poor students simply cannot afford college.

In a perfect world, inclusion would be the crème de la crème of socialization—bringing all students, including those with disabilities and second languages, together. But large class sizes and an increasing push by school reformers to eliminate special services often result in an opposite effect.

School districts should work towards embracing diversity—not drive it away. Where in all the discussions about school reform do we see any serious planning about bringing students together in our schools? If we never help children value each other when they are young, how will they get along when they are adults?

Dewey saw schools as an extension of the home and community. Today’s school boards and charter schools are often corrupted by outsiders who don’t even live in the community!

We have been led to believe schools should be accountable to parents, but that is not what today’s reforms are about. When the word “stakeholders” is used, the reference is to the economy—primarily corporations.

It should be about families. 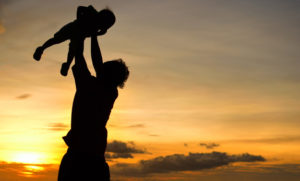 In Dewey’s world, teachers were “social servants” not meant to “impose” their beliefs and knowledge on children, but to help find what influences would assist the child.

It was very much about the here and now.

Teachers have been manipulated for years to do what they are told by outside individuals and groups far removed from the classroom.

While one can argue that students should be prepared, focusing too much on the future means a disconnect with the student and their current needs.

Education thus conceived marks the most perfect and intimate union of science and art conceivable in the human experience, said John Dewey.

Currently, schools fail to teach children to think creatively about their existence in relationship to others. Instead, those who have taken charge want schools to micromanage what children learn.

We see this even with young children. How badly has kindergarten been restructured into the new first grade with little attention given to child development?

Technology can have a positive effect on socialization because it permits students to connect to people all over the world! The Internet and social media is good in that sense.

But it will always be critical that students learn to relate to each other directly—face-to-face.

Too much online time can be isolating—even addictive. 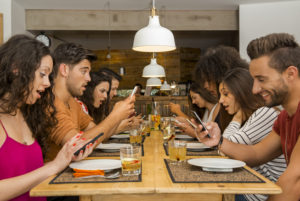 We have strayed dramatically from Dewey’s concept of schools and socialization. But the need for humans to socialize and learn how to work out problems—and enjoy one another—will never get old.

Public schools have a responsibility to help children socialize with each other and the adults in their lives.

Cherry-picking data to undermine schools 90% of us send our kids to & privatize for profit. Way to further demoralize an already beaten-down workforce & push for EVEN MORE standardized testing & data collection. Nothing new & exciting. Sounds so very dreary/ punitive/out-of-touch https://twitter.com/roanoketimes/status/1527313907034910721

Virginia's K-12 school performance is backsliding due to reduced expectations for students and schools and a lack of transparency, resulting in widening achievement gaps, according to a critical new assessment from Virginia's superintendent of publi… https://roanoke.com/news/state-and-regional/youngkin-administration-report-finds-alarming-trends-in-virginias-k-12-performance/article_2e6f32bb-878b-5d05-b900-9b6ce2b41860.html?utm_campaign=blox&utm_source=twitter&utm_medium=social

Interesting. Wonder how the USDOE Office of Edtech will incorporate FTC's new COPPA policy statement. "Students must be able to do their schoolwork without surveillance by companies"
https://www.ftc.gov/news-events/news/press-releases/2022/05/ftc-crack-down-companies-illegally-surveil-children-learning-online https://twitter.com/EdScoop_news/status/1527373549198946327

The Office of EdTech is updating its national edtech plan, the strategy document outlining how technology is used in U.S. education @OfficeofEdTech https://edscoop.com/national-edtech-plan-2022-refresh/

@PennBat I worry that many students with disabilities will miss out on inclusion classes with their non-disabled peers with vouchers. The best they will find are segregated charters or private schools that only focus on the disability.

1. You lost
2. Where are the Special Ed students supposed to go when all the public schools are gone and voucher schools won't accept them?

@RepKrajewski the money doesn't belong to the government schools.

education funding is meant for educating children, not for protecting a particular institution.

we should fund students, not systems.