Frenemies are everywhere when it comes to public education, while many of us fear disaster capitalism as the future of public schools.

Dictionary.com defines frenemy as a person or group that is friendly toward another because the relationship brings benefits, but harbors feelings of resentment or rivalry.

What makes an education frenemy and not an enemy, is that frenemies pretend to care about public education and children, while instituting harsh education reforms to end the schools children need. Education frenemies are masters of gaslighting. They might seem like they understand, might even be nice on other issues, but they are intent on ending democratic public schools.

Education enemies are different. They will say outright, “Public schools suck! We need to get rid of them all!” At least you know where they stand.

Education Secretary Betsy DeVos tried to be a frenemy at first. But her actions even before her appointment were too obvious. Few were deceived by her plans, and she’s never given us reason to change our opinion of her. This has placed her clearly in the enemy category.

Case in point, you may continue to disagree with the fact that she’s giving CARES money to private and parochial schools, but no one is surprised.

Frenemies act like they know what makes good teaching, when they aren’t teachers, and really want to end the teaching profession. They’re good at deception.

Watch for self-made or reformer appointed CEOs and people who lead organizations with words relating to children and public schools like “build, fix, quality, redesign, trust, or stand for.”

If educators buy into their agenda, they will become their friend. If one can call that a friendship. If you aren’t sure about someone who professes to be a friend to education, look up their bio. Sometimes that helps.

Frenemies are often found in the media pontificating how public schools should work, how they and the teachers who work in them have failed students. They may not say that directly, but it is implied. They claim they can help public schools that are antiquated and haven’t changed for years. They can reduce funding. That will help them.

An example is the Bill and Melinda Gates Foundation and their failed Teacher Effectiveness experiment. How many times did the public hear that it was meant to strengthen teachers? They may have seemed like frenemies in the past, but now most don’t trust them when it comes to public education.

Frenemies may pretend they care about teachers, or they may disparage or ignore them, like a passive aggressive teenager. 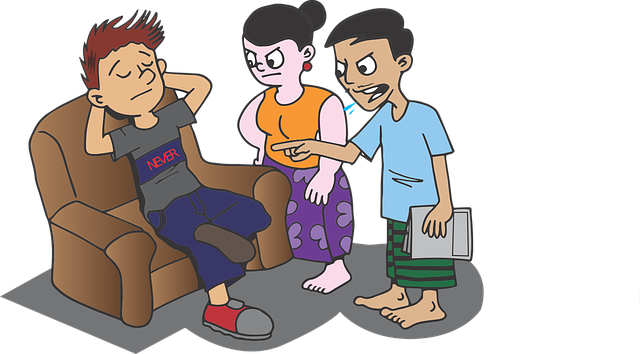 Frenemies are out in full force now, bemoaning how public schools have failed disastrously, and now is the time to make changes.

They’re saying what we all fear, that there will be no money to run schools in the future. Public schools could go kaput!

They are very worried about public schools closing forever.

Corey Turner’s NPR report “A Looming Financial Meltdown For America’s Schools” is frightening on many levels. There’s worry that public schools won’t be a priority after Covid-19 is over.

However, I’d say a few of those Turner interviewees are frenemies.

There are things to like about Beutner. He supports the Vision to Learn Foundation, the arts, and he’s a champion of immigrants. One might think, wow! He’s a real pal. But Beutner is an investment banker with ties to Eli Broad, who is not a friend to public education.

Cuts to funding at schools will forever impact the lives of children. The harm children face from these cuts is just as real a threat to them as is the coronavirus.

Will Beutner push back on those State cuts? Will his actions demonstrate that he cares for traditional public schooling, and real public school teachers? Or will he divert to online programs to replace teachers, with claims that there was no other way?

Turner interviews Rebecca Sibilia, the CEO of EdBuild, which is said to be a school finance advocacy organization. Here are the partners.

She says in the report:

I think we’re about to see a school funding crisis unlike anything we have ever seen in modern history. We are looking at devastation that we could not have imagined … a year ago.

Sibilia is from Students First (think Michelle Rhee), so why would she care about whether public schools survive? Mercedes Schneider’s report “StudentsFirst’s Rebecca Sibilia and Her “Charter’s Little Helper,” describes Sibilia’s background which is reform extensive and pro school choice. StudentsFirst is not a friend to public education, so I doubt EdBuild is either.

One of the characteristics of those pushing the test-score-driven privatization of public education is that they easily hop from “venture” to “venture.” If time is up for them at one nonprofit or education business, they just hop onto another corporate reform nonprofit or business, or they easily secure corporate-reform-philanthropy, hedge-fund, or other bucks to mushroom into yet another, likely “nonprofit, nonpartisan”-styled venture.

My thanks to Laurie McGowan for finding and sharing the video.

You might agree with frenemies sometimes on a few issues, drink a beer, or hang out with them at a barbeque (why? I don’t know), but they are not friends of teachers and public schools. They have an agenda to remake you, or end you, and public education. So best go make some real friends.

Upcoming: Claiming Teacher and Student Agency in the Era of the “Science of Reading” (RRC) https://radicalscholarship.wordpress.com/2021/10/04/upcoming-claiming-teacher-and-student-agency-in-the-era-of-the-science-of-reading-rrc/ via @plthomasEdD