They don’t recall the alien invasion, or recognize those who had part in it. The school reformers and their friends condemn public schools, mortified by senior NAEP scores (how could those teachers not teach reading?). They’ve forgotten the rotten changes to remake public schools.

Parents once liked their public schools, and few were interested in privatization or charter schools. Teaching was a popular profession. Then the aliens came and changed things around to convince parents that they didn’t like their public schools after all.

School tampering included IDEA scandals, NCLB, Race to the Top, Common Core, ESSA, and much more. The school reformers today criticize the results of the policies they designed and supported.

It’s creepy to think about on Halloween and every day.

Their memories have erased the influence of billionaires around the country who worked for years to privatize public education.

Billionaire Education Secretary Betsy DeVos herself, eager to blame teachers and public schools, doesn’t recall changes made to schools to remake them in Michigan and across the country.

This Report Card should light a fire under America’s education leaders to pivot and try something new to avert another lost generation. Legislators of both parties should stop making excuses and start working with their governors and the White House right now to pass meaningful reforms that empower students and parents to take control of their education and their future.

Something new other than the last thing they tried new, and what they tested new before that?

This deeply dysfunctional educational landscape — where failure is rewarded with opportunities for expansion and “choice” means the opposite for tens of thousands of children — is no accident. It was created by an ideological lobby that has zealously championed free-market education reform for decades, with little regard for the outcome.

And at the center of that lobby is Betsy DeVos, the west Michigan advocate whose family has contributed millions of dollars to the cause of school choice and unregulated charter expansion throughout Michigan.

Teachers and parents haven’t had control of their public schools, yet anti-public school crusaders argue that choice, charters, and online learning will save American kids. It doesn’t work, but they keep pushing it, because they want privatization no matter what.

But they shouldn’t be allowed to forget, that the problems facing schools, families, teachers, and children are problems they created.

Here’s a walk down memory lane and how privatization works. It’s by no means a complete list of all the school changes the aliens brought to schools.

In the 1960s and 1970s, the Education for All Handicapped Children Act was supposed to ensure a Free Appropriate Public Education for all children. President Ford did not like the heavy federal involvement in schools or the expense.

Politicians and lawmakers have looked to lessen the cost and participation ever since. Congress has never come close to funding IDEA.

In 2016, the Houston Chronicle outed the State of Texas for denying tens of thousands of students from needed special education services. By 2019, students with disabilities still couldn’t get assistance in Texas.

How many other students are being denied special education services across the country?

No Child Left Behind was in full swing in 2008 around the time today’s seniors who didn’t do well on the NAEP were in kindergarten and first grade.

High-stakes testing, even for the littlest learners, ruled. Kindergarten classes removed play and replaced naptime and recess with nonstop seatwork and assessment.

NCLB pledged proficiency in reading and mathematics. All students were to read well with Reading First, which was all about phonics.

Race to the Top

RTTT was all about competing and charter schools. When someone wins the race, somebody else loses.

Principals and staff lost their jobs in schools with low test scores.

CCSS has been around since 2009. It’s now in digital programs too. Amplify, iReady, and many other online programs focus on CCSS. Who’s evaluating these programs to see if they work?

Most teachers and parents didn’t like Common Core. They didn’t create it. It had no research to back it up, little if any field testing, and it hasn’t worked!

Yet Common Core is alive and well. Most commercial programs use the word core.

ESSA handed education over to the state and Pay for Success plans. It lends itself to so-called “disruptive innovation” and data collection.

The frightening future Americans face this Halloween is losing a free public school system for all children; schools Americans are supposed to own through their local school board.

I hope next Halloween will see the end of Covid-19. That it will find Americans working to restore their democratic public school system, and teachers will finally get the respect and support they deserve.

In the meantime, watch out for aliens. They’re still found in and out of public schools wheeling and dealing. 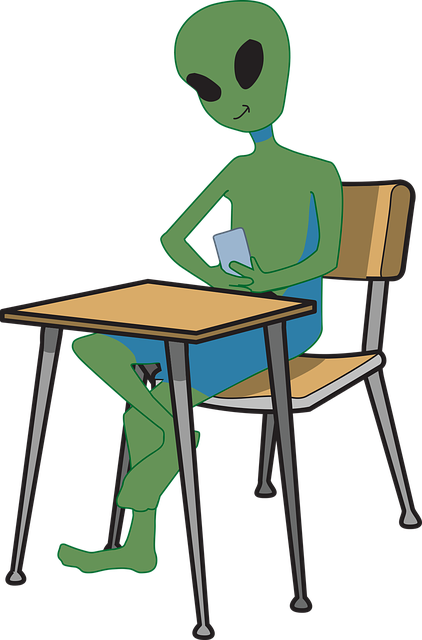 @PennBat I worry that many students with disabilities will miss out on inclusion classes with their non-disabled peers with vouchers. The best they will find are segregated charters or private schools that only focus on the disability.

1. You lost
2. Where are the Special Ed students supposed to go when all the public schools are gone and voucher schools won't accept them?

@RepKrajewski the money doesn't belong to the government schools.

education funding is meant for educating children, not for protecting a particular institution.

we should fund students, not systems.

@SecCardona There's a place for technology. It's important. But so are teachers and a child's privacy. I wonder if you're paying attention to this, @SecCardona. https://blogs.lse.ac.uk/medialse/2022/05/18/algorithmic-personalization-is-disrupting-a-healthy-teaching-environment/

To prepare for @linakhanFTC discussion on #COPPA @Velislava777 and I shed light on the sidelining of #teachers and the soft power edtech wields in the classrooms. This is just the beginning. #edutwitter #edtech
http://blogs.lse.ac.uk/medialse/2022/05/18/algorithmic-personalization-is-disrupting-a-healthy-teaching-environment/