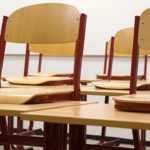 Since the anonymous New York Times Opinon piece claiming there’s a critic in the White House, at least one comedian has referenced the 2006 remake horror movie When a Stranger Calls. The babysitter contacts the police to get threatening phone calls traced. The bad guy turns out to be in the house! On a similar, […]

What’s at stake? Keeping school-sponsored prayer and proselytizing out of public schools and sports -- will the next Justice vote to uphold 50 years of precedent? #savescotus & #honorRBG. #OurCourt
https://www.au.org/blogs/school-prayer-shift

“3rd Grade Reading Laws Are Harmful and Should be Abolished” http://dianeravitch.net/2020/09/21/3rd-grade-reading-laws-are-harmful-and-should-be-abolished/

.@PerezJr Have you looked at the curriculum DeVos praised? Here's a classroom teacher view. CURMUDGUCATION: The 1776 Unites Curriculum Isn't So Great https://curmudgucation.blogspot.com/2020/09/the-1776-unites-curriculum.html?spref=tw

Russ On Reading: Picture Books with Older Students? Of Course There are many reasons to read picture books with older kids. Building background knowledge is one of the most important. #russonreading @DrMaryHoward @palan57 @plthomasEdD @colbysharp @JulieLB @GarnPress @sebloom